This beautiful restaurant was not always so pretty. In fact, it was built back in the 1900s as a county jail. It would then be transformed into Loco Lupe’s as well before it would be updated back in 2007. Since 2007, Oliver’s Restaurant has been going strong… even with the presence of some unwelcome visitors. 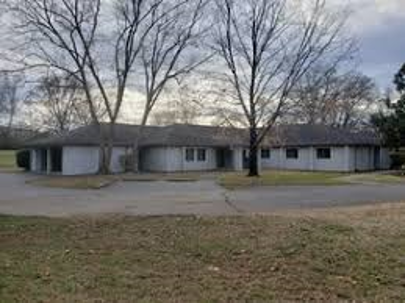 This building has existed since the middle of the 1800s. The building would be used and made for the Sumner County jail. This is where the worst criminals would be kept. From murder, rape, and many other dangerous crimes. They would all be here. All the way from murder to as petty as stealing. This would allow negative energy to build in the building. The structure would then be vacated when the jail would move to another location. The old jail would be empty for quite some time. The new jail was located on Smith and Water Street.

Eventually, some interest was taken in the building. Some restaurants were starting to become interested. At this time, the famous Mexican restaurant, Loco Lupes, would open up and grace the town with amazing food. However, the restaurant would soon have to file for bankruptcy, and the building would be left empty for a short time. Grayfeather would then take it over. However, this restaurant would be open for less than two years because it did not have the financial stability it needed to stay in business. The restaurant would not be able to find anyone who would invest in it with them, and it would eventually cause the restaurant to close. After Grayfeather would close, Oliver’s restaurant took over. Oliver’s Restaurant would remain in business for quite some time before it would be sold. It was after Oliver’s Restaurant that it would become Grecians. Grecians is what you can find in the city to this day.

The building is old, and that means that it has been home to many different owners, products, and people. The more people that go in and out of a building, the more chance it has to hold a spirit here and there. Plus, because this building was once a jail, it has likely had some deaths inside of it.

The second floor is where you will hear what is believed to be people slamming doors. However, no one is there. Sometimes it sounds like a wooden door; however, at other times, it will sound like a cell door being slammed. This will echo throughout the entire building. When people are upstairs and hear these sounds, the people who are downstairs cannot hear them. Sometimes people who go upstairs will encounter an angry voice that is very deep in tone. The voice may also sound violent. This entity will knock on the walls very hard as if he is violent or angry as well.

The downstairs paranormal activity seems to affect plumbing more than anything else. You will hear the toilets flush on their own, and sometimes the faucets will turn on and turn off. This happens even if no one is near the plumbing fixtures.

If you would like to experience any of this paranormal activity, you must enter the building during normal operational business hours. You cannot just enter and not have a meal. The food here is great, and the prices are reasonable. Plus, the longer you spend here, the more likely you are to encounter a paranormal experience. Keep in mind that lunch is not only cheaper, but it is also less crowded. This means that you are going to have a better chance of finding a ghost. You would enter the restaurant when it is not busy. The best time is lunch during a week or later on a weeknight. The ghosts seem to appear when the area is not as busy.

The Grecian Restaurant is now closed, and Chubbs has taken over the building. The building has not changed in paranormal activity. The occurrences still occur no matter who is in the building or what business occupies it.

Chubbs is a sports bar for the local town. It is known for its delicious barbecue and its pub. The building does serve alcohol and provide table service. It is a great place to go to watch football, basketball, and any other sport you can think of. It is said that the food is delicious and worth the money that you pay. Plus, it isn’t even that expensive to begin with. 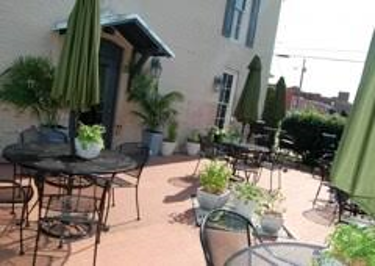 Many people question why a restaurant would purchase a building that was a former prison. You would think that the renovations and just the look of the building would be too much. However, it is believed that the building was a great opportunity for the first restaurant. There would be plenty of storage and enough room to seat an army. However, that has not proven to be the case because most of them have not been successful. With that being said, the prison has a lot of space and seating. Plus, it helps hold a piece of history in the town. Not to mention, it is not just another empty building that has been left to deteriorate with no future. Taking on the building in the first place was a challenge.

There have been many restaurants that have come and gone out of the building. Most of them have left due to a lack of money, no investors, and/or bankruptcy. It is not a coincidence that all the restaurants that have left leave on the same terms. That is why it is said that only the bravest will work in this building. No one has yet to overcome the curse that is said to be here. The building is less than exceptional when it comes to paranormal activity. Plus, if you are working here late at night, you are going to hear a lot of unusual and weird things. People believe that restaurants get concerned with the noises and sidetracked. It causes them to lose focus, and then they do not bring in as many customers. That is why only the strongest menu can make it here. There has yet to be a restaurant that has been long-lasting and successful. Maybe, Chubbs will be the first.

No matter what has come and gone, the ghosts are still owning the building. There have been many restaurants that have not been successful in the building. It is believed that the spirits that haunt the building are that of prisoners who were once at the original county jail. With that being said, it can be difficult to get work done when there are ghosts or spirits in the building, making themselves known. From slamming cell doors to phantom footsteps, none of the previous restaurants stood a chance. We are hoping that Chubbs is the ultimate restaurant and can break the pattern that has been occurring. Take the time to visit Chubbs and let us know if you experience any paranormal activity or anything out of the ordinary. When you walk in, remember that this has been many restaurants and was, after all, a former jail. It may help you understand the building a little bit better.