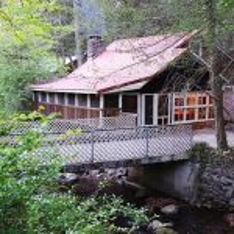 The cabin on Roaring Fork is easily over two hundred years old. There are so many things happening in this or around this cabin, that it will be hard to name them all. However, with that being said, we do know that there is paranormal activity occurring and it is said to be a spirit of a woman.

If you don’t live in Gatlinburg, you may not know what Roaring Forks is. It is a stream that you can find in the Smoky Mountains. This area was once the site of a community that was located in the Appalachian mountains, however, the stram is now home to the beautiful historic district and the Roaring Fork Motor Trail.

This is not your average river. It looks very peaceful and is a simple stream with a small trickle. However, with the turn of a page, it is a whitewater rapid. This occurs even after the smallest of rains. The water’s roar is echoed throughout the surrounding hills and ridges.

The river is found about 5,000 feet on the slopes of Mount LeConte. There are also several springs associated with the river. The highest spring can be known as Basin Spring and this is what will provide the LeConte Lodge with water. The river will then drop about 2,500 feet in just two miles. The mouth of the river can be found in the northern portion of Gatlinburg and it will empty into the Little Pigeon River. 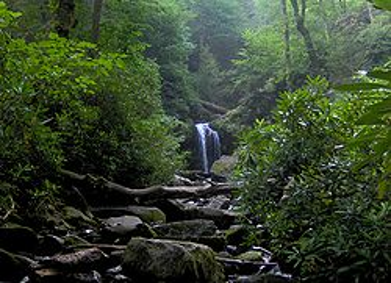 It was around 1800 or 1810 that the first Euro-American permanent settlers would arrive in what was known as White Oak Flats. This is now known as Gatlinburg. The decades that would follow would allow their descendants to spread out and around into the different valleys and coves. A man named Richard Reagan was a son of the pioneers. He would settle on a very large area of land that was found on LeConte Creek. Some of this man’s children would settle the west and some eat to the Roaring Fork. The Roaring Fork was known as Spruce Flats. It was in the 1900s three of Richard’s grandsons would still be farming along the Spruce Flat. This was located right above the city of Gatlinburg.

In the 1830s, the Bales family would settle on the upper portion of the river. It was Caleb Bales who would be the first descendant to settle on the river. He would own a farm that was just a little south of Richard’s land. The sons of Caleb would spend their lives on the farming land that was handed down to them from their father.

The Clabo family, Jasper Mellinger, and Gilbert Ogle would own farms on the uppermost part of the river. This is where you will find many tulip trees. These were planted because they will help reclaim the land that was previously cultivated.

It was in 1850 that the residents that lived along the river would construct a road that would connect them to the city of White Oak Flats. This is now a stop along the nature trail. It was by 1900 that the community would have a church, general store, school, and tub mills. 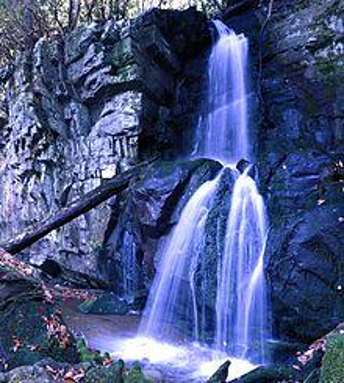 The Ghost of Lucy

This is a great drive full of many historic cabins and different mills that were sprouted up. However, there is also a chance that you will find a girl named Lucy who is looking for a ride. The Nature Trail that has the cabin is found in the Smoky Mountains. This river is one of the fastest flowing and largest rivers that will cut through many forested areas and even historical areas. There is something else that is popular on your way up to the cabin. Her name is Lucy and she is now part of the ride to the cabin on Roaring Fork. It is said that Lucy is a younger girl who had died when the cabin her family lived in would burn down in the earlier parts of the 1900s.

When she died, a man who was named Foster had discovered her body on a very cold night in the middle of winter. It is said that this man had seen that she didn’t have any shoes and offered her a ride on the back of his horse. He would bring her home. However, this man would not stop thinking about her. He was in love and smitten with her. He would stop by the house on another occasion to see if he could marry the young girl. The parents would tell the young man that this woman had died many years ago. This made the young man realize that she had died before he had even offered her a ride home.

It is said that ever since Lucy has been wandering near or on the trail. You cannot visit the trail during the winter, however, it is open in the summer.

Now that you are aware of the ghost leading up to the cabin, we can now talk about the cabin itself. The cabin is said to have a ghost of a woman as well. Keep in mind that you can still rent a room in the cabin to this day. However, with that being said, you may want to read this before you book your reservation.

One family had decided to go get some food at a local fast-food joint. They needed to eat dinner. They did this because the kitchen was messy and so was the table. The couple had gone to bed and woke up the next morning to quite a surprise. They found that the table was set and complete with everything they needed. This included napkins, plates, utensils, and everything.

Inside the cabin, you will find an old goat cart. This is where you will find pillows and extra blankets. However, it is not your ordinary cart. Guest have reported that it will be found in different parts of the room when they wake up compared to when they went to bed.

The cabin that is located on the river is one of many. It is part of a historic district that is home to many different stories. However, we do know that leading up to the cabin is not just a normal dive because you might encounter a young woman named Lucy. Plus, that isn’t the end of it. When you get to your cabin, you may also encounter some paranormal activity.

While this may be one of the most beautiful places to visit and stay, it is one of the most haunted. That is why it is wise to keep an open mind and just enjoy what is going on. None of the spirits or ghosts are there to harm anyone. Most of them are just lost souls looking for an outlet. They are not going to harm you in any way. They may just make you a little scared and that is okay. If you stay at the cabin, let us know if you experience anything out of the ordinary.